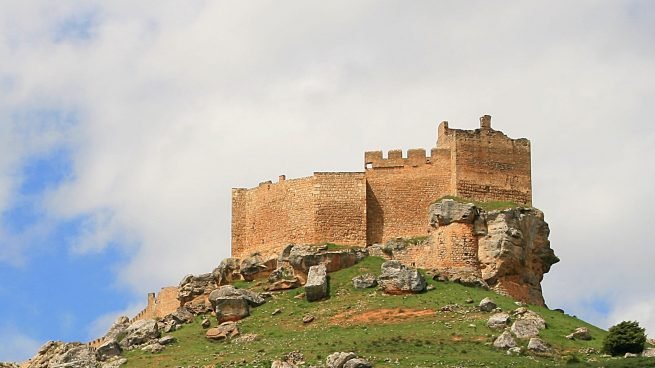 It is believed that there are around 20,000 castles in Spain, although not all of them have been kept in a good state of conservation over time. If this weekend you feel like making a getaway to say goodbye to the month of August as it deserves, you can encourage yourself to visit this medieval castle in Spain, which will surely not leave you indifferent.

It is the castle of Gormaz, located in the town of the same name, in the province of Soria. It appears to be built on a previous fortress, but the previous structure was built by Caliph al-Hakam II during the Caliphate of Córdoba, in the 9th century. Some historians say that at that time it was the largest castle in Europe, with a walled perimeter of 1.2 kilometers and 28 towers.

The fortress has two well-differentiated parts , which are separated by a moat. In the eastern area is the homage tower, the fortress, the caliphal chambers and the cistern. Meanwhile, in the western area there is a large esplanade where the troops camped, and a pool to give the animals a drink.

One of the main characteristics of this medieval castle in Spain is its very elongated irregular shape, completely adapted to the platform of the hill on which it was built. Visiting the Gormaz Castle is one of the best plans you can make this weekend.

During your tour you will find several information panels that make the visit very enjoyable. In addition, you can go up to the Paseo de Ronda and the battlements, from where there are impressive views of the natural environment.

Right next to the fortress is the hermitage of San Miguel, declared a Site of Cultural Interest . A small religious temple that houses remains of Romanesque frescoes from the 12th century.

What to see in the area?

To complete the getaway, a few kilometers from Gormaz is El Burgo de Osma, one of the most beautiful villages in the province of Soria. The Plaza Mayor preserves the traditional Castilian architecture, and here are several buildings of interest, such as the Town Hall and the Hospital of San Agustín.

The Church of Santa Clara has inside the relics of Santa Clara , hence its name. One of the most important monuments in El Burgo de Osma is the Cathedral of Our Lady of the Assumption, a Romanesque church that houses the reproduction of the beatified codex.

Do you dare to visit the charms of the province of Soria?

Would you like us to sell your property?
Leave a request.